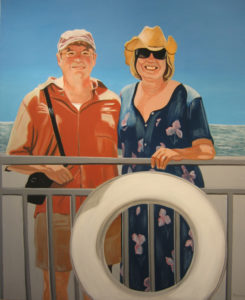 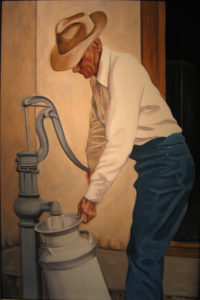 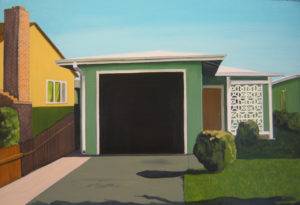 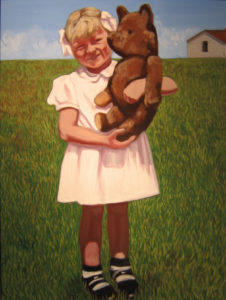 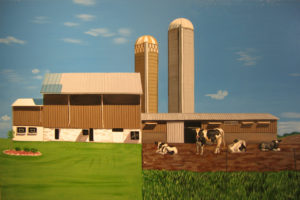 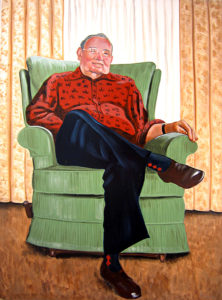 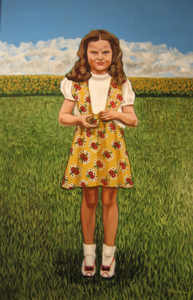 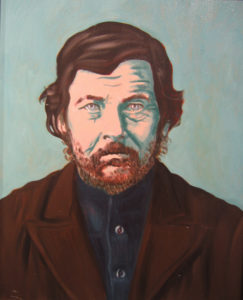 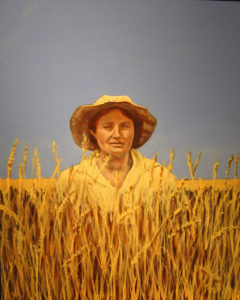 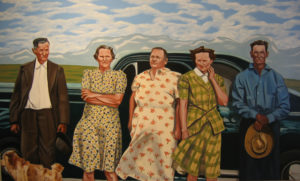 (Photographs) documented the lives of ordinary people whose stories have always interested me and inspired so much of my work.

The series Heartland is a natural extension of my body of work over the last 20 years. The specific inspiration was a commission for a friend, Kelan Smith, who wanted a painting of a favorite photograph of his grandmother in a wheat field. I found that this photograph was but one of many wonderfully evocative images of farm life in the first half of the 20th century in upper Midwest America. One hundred year old images captured unsmiling families, dressed in best clothes, sitting patiently for rare portraits. Later photographs recorded reunions, homes, anniversaries and the natural progress of the descendants of immigrants. Above all, they documented the lives of ordinary people whose stories have always interested me and inspired so much of my work. I am honored to have been able to reach across time and peek into their lives.