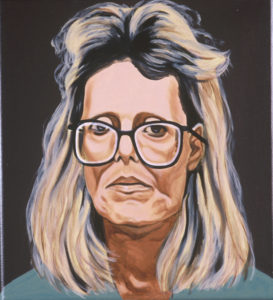 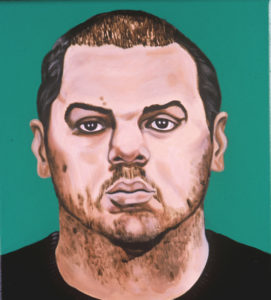 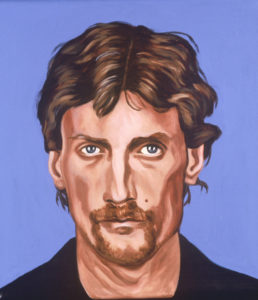 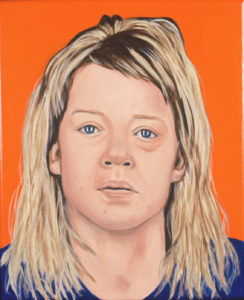 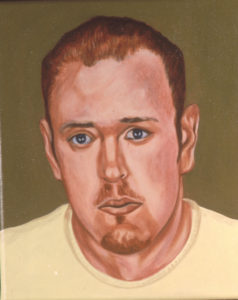 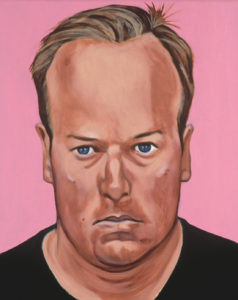 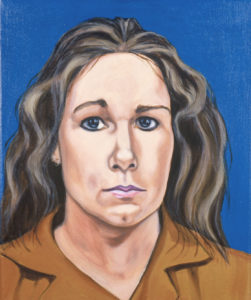 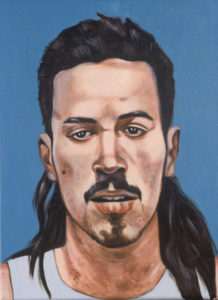 The “Damage” series began with a small but compelling black and white newspaper image of a woman charged with child abuse who had obviously been abused herself by her boyfriend.  I painted her and her boyfriend in slightly larger than life size and in bright colors, and it occurred to me that people like them have seldom if ever been the subjects of portraits.  Subsequently, I painted two dozen more felons, attracted by the irony that they were people who obviously inflicted damage upon others, but just as obviously were themselves damaged.  Many of my paintings are based on anonymous amateur photographs; these are based on photographs taken by anonymous mug shot snappers.